The music industry is fretting that Coachella will become the next coronavirus casualty, with claims it is being pushed back until October.

Local residents in Riverside County, California – an enclave east of Los Angeles where the trendy music festival is slated for next month – are circulating a petition to cancel the chic shindig, citing fears that it could bring the epidemic with it.

“The low desert’s population is densely seniors, which are at significantly higher risk of developing complications from COVID-19,” Annette Meza of nearby Fontana commented on the petition on Change.org, which more than doubled to 12,000 signatures over the weekend.

“This is a HUUGE gathering by people who can’t even keep herpes to themselves!!!” wrote Lyssa Perez of neighbouring Palm Desert.

Meanwhile, a Change.org petition not to cancel Coachella — which is scheduled for the weekends of April 10 and April 17 — has garnered some 1300 signatures.

“I’m at the age where I can get the coronas and sleep it off the next week,” added Avery Pyatt of Pittsburgh. 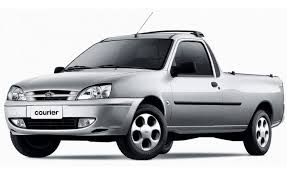