Prime Minister Scott Morrison has just announced the latest decisions in Australia’s coronavirus strategy to help slow the spread of the deadly disease.

As well as ordering schools to stay open despite mounting pressure to close them, he also implemented a 14-day self-isolation for every person entering Australia and banned handshakes across the country.

“People are naturally anxious about the issues of schools,” he said, encouraging a policy of “social distancing” amongst children where they stay 1.5 metres apart from each other at school.

He also said the mass closure of schools could make the “coronavirus situation worse, not better”.

Australia has reacted to Prime Minister Scott Morrison latest decisions on how Australia will deal with the spread of COVID-19. Picture: Richard DobsonSource:News Corp Australia

Understandably, Australians have a lot to say about the outcome of the special national cabinet meeting held earlier today, with the hashtag #LockUsDown quickly gaining momentum on Twitter.

Worried parents took to the social media to message the PM directly about their concerns, begging him to shut the schools.

One mum asked Mr Morrison to “get better advice” after explaining she wants her kids home to protect them from getting sick as others asked if he was “joking”.

It wasn’t just the decision to keep schools open and force kids to remain 1.5m apart that had Australians up in arms, with the self-quarantine rule ruffling feathers.

Some pointed out the huge amount of “trust” that goes into relying on people to isolate themselves without any intervention, leading many to ask for Mr Morrison to “close the borders”.

But the government’s decision to declare “no more handshakes” was met with a happier response, with many praising the advice.

“This is a new thing we’ve moved to, something I will be practising, my cabinet members and others are practising,” he said during a live address.

“This is not something that was necessarily a key requirement weeks ago but it’s just another step up now.”

There are now at least 283 cases of COVID-19 across Australia, and three people have died.

Of those, 134 cases are in New South Wales, 57 in Victoria, 46 in Queensland, 20 in South Australia, 17 in Western Australia, six in Tasmania, one in the Northern Territory, and one in the ACT.

Follow our live, rolling coverage of the coronavirus pandemic here.

Corona or The Flu? 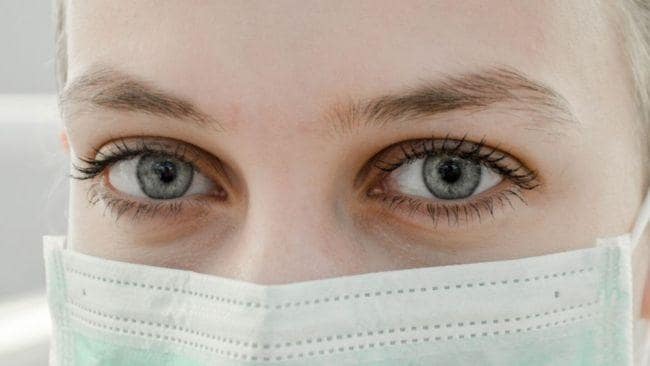