Professor Bowman, who joins CDU as a distinguished university leader, was due to begin in May but was able to relocate to Darwin earlier than expected.

After leading an all-staff meeting, he was greeted by staff and students at CDU’s Casuarina campus and said he was excited to get to work.

“It was a pleasure to meet many CDU staff and students on campus today, and I’ve been struck by their passion towards the University, the Territory and the community,” Professor Bowman said.

“CDU is one of Australia’s most unique and important universities. We are now going to work together – students, staff and community to make it the most successful.

“My wife Anita and I have spent a lot of time in the NT and can’t wait to settle in to this incredible part of the world and become Territorians.”

Professor Bowman said he would bring a collaborative style to his leadership and had a clear vision for the university’s future.

“CDU has recently undergone some changes and there is work to be done to enhance our reputation as one of the leading dual-sector universities in the country. I’m looking forward to rolling up my sleeves and leading a period where together we can build on 30 years of pioneering Territory spirit,” he said.

“I want CDU to remain unwavering in our mission of bringing education and training to students irrespective of their circumstances.

“We will also undertake significant research which has real-world impact.”

He began his professional life as a radiographer and worked in several London hospitals before starting his teaching and lecturing career.

Professor Bowman left the UK for Australia to take up the position of Head of the School of Clinical Sciences at Charles Sturt University and holds a Master of Politics and Government, a PhD in Clinical Decision Making and a Master of Business Administration. 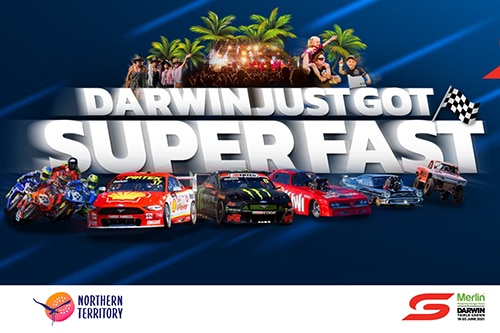 TACTILE ARTS IS BACK!