DIAL BEFORE YOU DIG 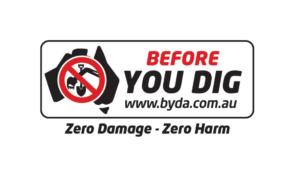 In June 1999, Dial Before You Dig SANT Inc was established as an incorporated association.

It was originally founded by a small group of major utilities and asset owners in SA from the gas, electricity and telecommunications industries as well as local and state government.  With the goal of facilitating the cooperation between underground asset owners and reducing the incidence of damage to underground networks, membership numbers have grown since inception to now over 100 asset owning Members throughout SA and the NT.

Key objectives of the Association are based around service improvements, growth and damage reduction and Members play an active role in the direction we take through board participation.