Our Community Advisory Board team at Territory FM is made up of Charles Darwin University staff, Community leaders and TFM Volunteers.

They are supporters of TFM who believe in the radio stations work in the community and are tasked with helping us bridge the communication between Territory FM and the wider community.

George Roussos is a long term board member, George helps his clients resolve issues through negotiation, mediation and litigation. George has degrees in law, economics and business administration. George has served on many committees and business associations, including as President of the Northern Territory Chamber of Commerce; Chair of the Workers Rehabilitation and Compensation Advisory Council, and as a Director of the Power and Water Corporation.

Daryl Manzie AM is an Australian former politician and long term Territory FM announcer. He was the Country Liberal Party member for Sanderson in the Northern Territory Legislative Assembly from 1983 to 2001. Manzie served as a police officer for 15 years with the Northern Territory Police. Our Daryl spent 16 years hosting Territory Talk and Mornings as a volunteer. He now chairs our Community Advisory Board. 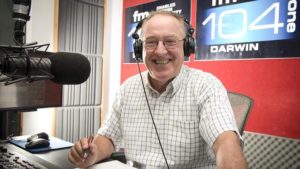 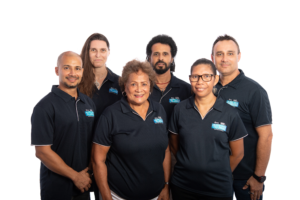